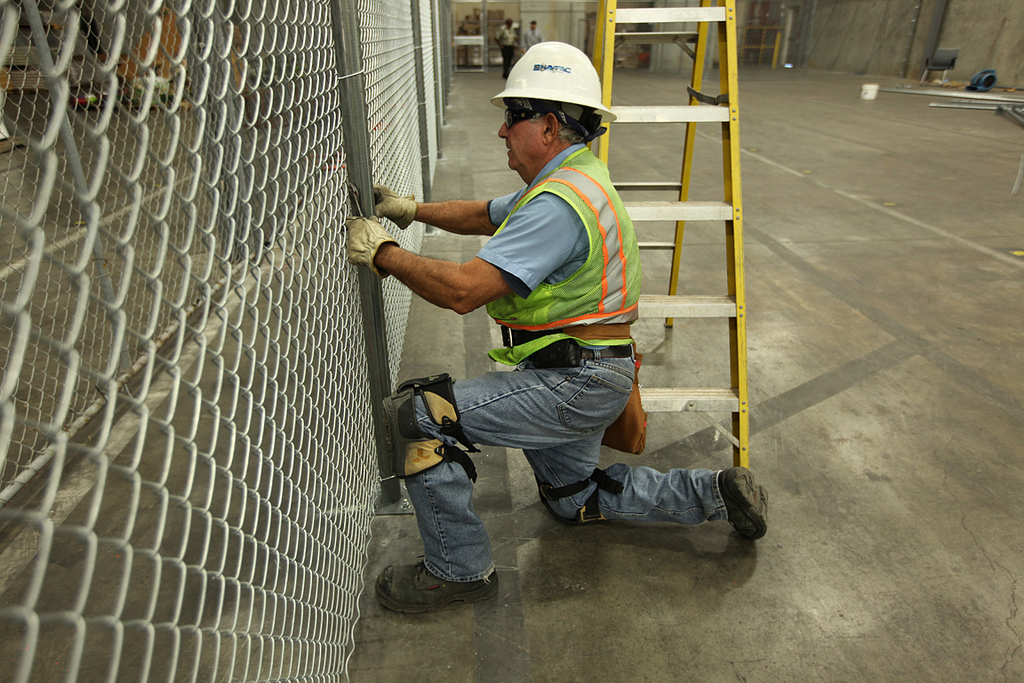 The most common types of temporary fencing are chain link fencing panels with in-ground posts, fence panels on stands, road barricades and crowd control barricades. Depending on your jobsite or event, your temporary fencing and barricade needs may vary. You may also find it beneficial to combine a variety of barriers to keep your employees and visitors safe. Our prequalified vendors can help you assess your specific needs and prepare a quote to your exact specifications.

If you are unsure which type of temporary fence or barricade is the right fit for your needs, one of our prescreened, experienced temporary fencing providers can help.

Our providers are qualified professionals that can help you assess your needs and recommend fencing and barricade options to provide the safety and security you require.

Get Help From One of Our Prequalified Fencing Providers

Get a Free Quote

If you are preparing for a festival, concert, marathon, retail sale, political rally, demonstration, parade or any other event likely to draw a large number of people, crowd control barricades are a necessary piece of safety equipment. Crowd control fencing and barricades allow you to construct a temporary perimeter, guide the flow of foot traffic, protect off-limit areas and designate safe places for people to stand, walk or wait.

Temporary chain link fencing is commonly available as panels on stands or with posts in the ground. Chain link panels on stands are the quick, convenient option for temporary fencing. These fencing panels are free-standing, faster to set up, easier to move and work well for construction sites that have a migrating perimeter. Because no digging is required for installation, a panel system is a good option for areas that have any type of solid surface such as pavement or concrete.

Temporary construction fencing is the perfect solution for providing safety and security on your construction site.

Looking for additional privacy? Need to limit dirt, dust and other debris blowing into surrounding areas? Blackout screens or windscreens are a useful addition for added privacy and dust control while allowing air flow.

Whether you are resurfacing a parking lot, setting up a new traffic pattern for a school carpool lane or preparing for major roadside construction, traffic barricades are an invaluable tool.

Letting the right people and equipment in is just as important as keeping people out. Regardless of which type of temporary fencing or barricades you plan to use, you will likely need to include one or multiple gates to allow access to your site.

Will trucks, excavators, delivery trucks or other vehicles or machinery need to access the property? If yes, then you will likely need a vehicle swing gate or a vehicle slide gate in addition to a pedestrian gate. Be sure to speak with your prescreened provider about what type of site access you will need.

Get answers to your questions!

Find a Provider
Choose Location
To find providers near you.